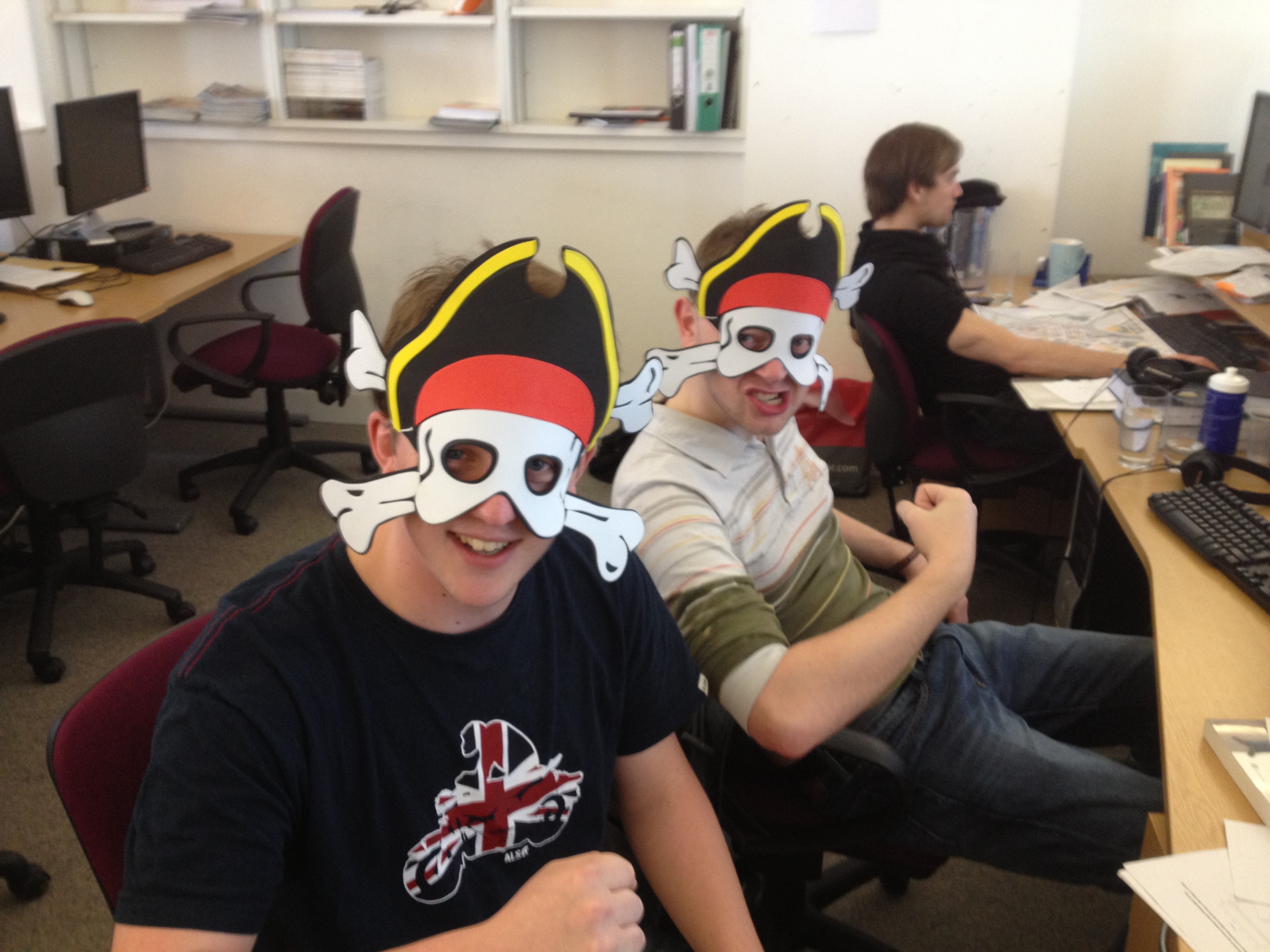 YARR, ME MATEYS! We’re after yer maps, ferget the treasure!

The salty dogs in this picture are the guys from the Geography Department that sit in the same area as the rest of us from the Extreme Citizen Science (ExCiteS). Most of them have been there now since the beginning of the academic year (a few even longer than I’ve been here), and yet we’ve never really talked.

A month or so ago, we all attended GISRUK (check out my blog about it on the ExCiteS blog) and I had the chance to actually see what they were researching – some very cool stuff and definite cross-overs with our own research group’s projects – so why have we never chatted before? The conference was a great way to get to know them; lots of good fun, lots of booze, and a chance to really get to know the people we work around (and hopefully we can work with in the future).

At the conference, I told them that, as a joke, their area has been referred to as “Geography Island” (as they’re this somewhat solitary entity surrounded by the rest of the ExCiteS team) and they totally reclaimed it. There was talk of bringing in palm trees, parrots, and rum (all of which sound great to me) and the rest of the people we were hanging out with got a kick out of it. @AngharadStone, the Environmental Agency’s savvy GIS specialist, got such a kick out of this, a few weeks later she sent pirate masks to go with the theme. We were in stitches and decided to take a few photos to share with Angharad (we were rebuffed for the lack of other pirate décor, as was discussed).

The thing I took back from all of this, though, is that we are lucky, working in research, to have such brilliant, like-minded people around us, who we can share our knowledge and time with – it just takes saying “Hello” and looking at the bigger picture; that, though your current projects are important, the next collaboration, or even a friend, may be right next to you, but you’d never know unless you said anything.